“After several long years, KUT U UP has decided to get their shit together and reunite. Applauded for their innate ability to cause havoc, concern authorities, and leave destruction and laughter in their wake, they’ve been busy writing new songs, with new concepts, themes and ideas, and now they need to record.

The official reformation of the band was marked by their reunion performance in San Diego on July 21. This momentous occasion was used to announce the launch of this Kickstarter campaign, thus opening a new chapter in the band’s ever-evolving story.”

Tagged as Estrella, Estrella Online, Kut U Up

Last year, Conscious Alliance’s Holiday Meal Drive collected enough food to distribute over 1,500 holiday meal boxes to Native American households at Lame Deer Reservation in Montana, Pine Ridge Reservation in South Dakota, and Houma Reservation in Louisiana. This holiday season, Conscious Alliance hopes to feed more than 10,000 families through donations and it’s easy to help. A donation of $15 or more will provide dinner for a family this holiday season and only $30 or more will feed an individual for an entire week. For more information or to make a donation, visit www.consciousalliance.org/donate.

Conscious Alliance concentrates much of their efforts on Pine Ridge Reservation in South Dakota, where the average median income is under $3,000. Many families in this region struggle to provide food and heat for their households. Native American youth are particularly affected by the poverty in Pine Ridge, where one-fourth of the population is under the age of eighteen. Not forgetting the children in these impoverished families, Conscious Alliance will host a toy drive too – this year at the November 7, 2010 Yo Gabba Gabba! Live! performance at Broomfield, Colorado’s 1STBANK Center.

All toys collected at Kia Motors Presents Yo Gabba Gabba! Live!: There’s A Party In My City! will benefit the youth of this area and be distributed during the holiday season. It is recommended all donations at Yo Gabba Gabba! Live! are a new stuffed animal valued at $10 or more.

To find out more information or to make a donation, visit www.consciousalliance.org.

Catch Villagers on Last Call with Carson Daly on Thursday!

Preview Villagers’ full-band show in this live video of “Ship Of Promises”: http://www.youtube.com/watch?v=EJam7BC_fPI

Villagers will end their tour with Ra Ra Riot with headlining dates on the East Coast, including dates in New York City, Philadelphia, and Boston (see below).

Check out their new video for “That Day” here: http://www.youtube.com/watch?v=L-HDkpgWZDM

Can you imagine playing lead guitar for front man Roger Daltrey of The Who in front of a live, screaming and standing-room-only crowd at an iconic rock venue? For many people, this is a lifelong fantasy; at Rock ‘N’ Roll Fantasy Camp, it becomes reality. From January 12th to 17th in New York City, rock enthusiasts and amateur musicians from all walks of life will have the opportunity to interact with, learn from, jam with and perform alongside their idols as part of the rock camp that became the centerpiece of VH1 Classic’s new series – also called Rock ‘N’ Roll Fantasy Camp – which debuted October 16th as the most watched series premiere in network history.

Amber Pacific recently stopped by the MTV Studios to talk about their latest album Virtues, and their new look at sound. Hear all about Amber Pacific’s new sound in the video Q & A session, and check out their MTV.com exclusive photo shoot for a peak at their new look.

While on tour in New York, MTV’s Buzzworthy Blog also caught the Amber Pacific playing a few songs from their new album, Virtues.
The three song performance can be seen at the following link: http://buzzworthy.mtv.com/2010/08/05/amber-pacific-live-mtv-performance. 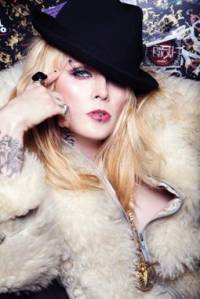 Known not only for her music, but as one of today’s strongest, out-spoken and admirable woman, Otep has posted another capturing entry in her Blurt Online “Battle Ready” blog.

Her recent journal entry gives an insightful look on how and why Otep decided to play music and its importance not only in hers, but also in our lives today.

Also, Otep is wrapping up her current tour with Victory label mates Beneath The Sky. The remaining dates are below:

Killola have joined forces with Aderra, Inc. to create a multi-media, electronic “umbilical cord” that instantly connects the creative process with the audience. Killola and Aderra have introduced an immediate connection with their fans who purchase “Killola Dogtags” either from the band’s merch table while on the road or via the band’s website. While the dog tag may look like a mere trendy fan accoutrement with the band’s logo etched into the surface, it transforms into a matrix of ever-expanding music and video content when jacked into a computer.

Aderra, Inc. has been recording live concerts on USB drives for artists of all genres, such as Lady Gaga, Metallica, The Pixies, and David Gray, but Killola is one of the first bands to embrace Aderra’s new PushOvr™ technology and take it even further. Instead of static MP3s and unevolving digital files that keep fans in anticipation for a band’s new album or recorded music, Killola will create a fluid and growing bridge between themselves and their fans, releasing new music and live performances AS THEY HAPPEN.

Fans who purchase the Killola USB dogtag receive not only the band’s new album, Let’s Get Associated, but also their previous studio albums (Louder! Louder! and I Am The Messer). In addition, when fans plug the USB drive into their computer, they also receive exclusive updates from the band including new songs, remixes, live recordings, music videos and photos. For example, once the band feels that a new song is ready to be sent to their fans, they can upload it onto their USB network, which then distributes it instantly to USB owners. Planned for debut on Thursday, July 22nd is the first streaming video of a “truly” live performance, which will be broadcast simultaneously worldwide and accessible only to fans with the USB. Let’s Get Associated will also be available via physical CD on August 10th, and digital distribution channels such as iTunes.

Christian Singer/Songwriter Jennifer Knapp comes out as a lesbian 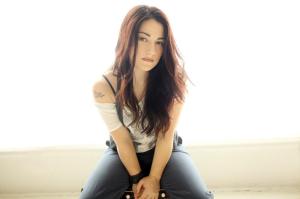 Jennifer Knapp returns from a seven year hiatus on May 11th with her new album, Letting Go (RED). Jennifer will also be performing on this summer’s Lilith Fair.

Benjamin Taylor is currently working on his new album set to be released in the Fall of 2010 and is releasing new songs every week through his website www.bentaylormusic.com. He will be sharing new songs, some covers as well as alternate versions of his original songs leading up to the new album release. This week download a new cover of Sade’s “By Your Side” as well as a few other songs at www.bentaylormusic.com.